The Union Town Company purchased land from the Union Pacific Railroad and established the town of Waldo on October 1, 1888.  It was known as Pleasant Run for the first ten years prior to the arrival of the railroad. Named after a railroad executive, the population grew to 300 in the 1920's and then it started a decline. The wooden business structures have fallen to the aggressive Kansas weather leaving scenes for artists’ interpretations. Waldo celebrates after harvest with an Independence Day Celebration second to none.  Today additional stories of Waldo can be found in its museum located in the Waldo Senior Center. 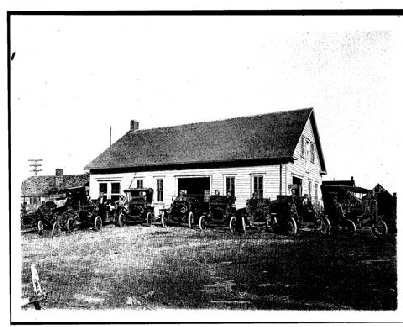 James Bean stored cars in his garage as a service to Waldo residents.  There were no private garages in Waldo at the time.