The Bunker Hill museum located in the historic 1872 Lutheran church houses many early day documents when Bunker Hill was considered the County Seat. The first jail can be seen a block off Main Street and a vintage 1-room school west of the church. Mother Bickerdyke, a heroic Civil War nurse lived in Bunker Hill and Russell. Her piano is displayed in the museum.

The first person buried in the cemetery was Chief Spotted Horse, one of the Skeede soldiers, who died of lung fever near Bunker Hill while on his way to the Indian Territory. Spotted Horse was well thought of by the Indians and the whites. He wanted to be buried in the white man's burying ground.  The town’s people have decorated his grave each Memorial Day since 1871. 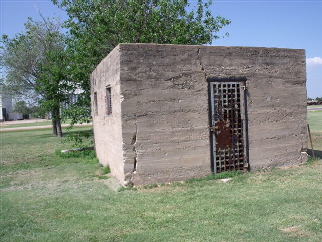